I didn't write anything yesterday because I was too busy gorging myself on fabulous French food in the countryside of Lyon in Vienne.  Then I got to thinking, I bet someone out there in the big internet world would like to see, and understand, the whole BIG FRENCH MEAL.

Families in France used to have the big family meal every Sunday... it was a big event where everyone in the family was invited to come over to 'one family members' house and eat a huge meal.

This meal is/was taken in the middle of the day, often around 1pm.. it is conisdered an all day event, often running until 8 or 9 at night.  Our lasted around 6 hours.. and during that time I played 'Japanese Tourist' and photographed the eating phenomenon.  Follow along with me.

The Sunday Meal startes with... 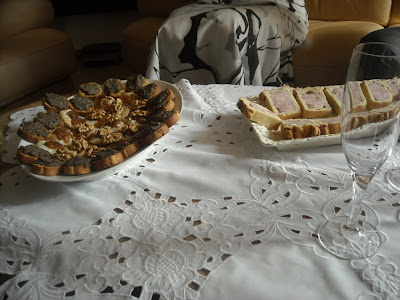 Apero/Aperitif:  Beginning of the meal, often includes small snacks and a glass of champagne or other sweet drink.  Lasts about 30-40 minutes depending on the conversation.. when the host/hostess says, 'à table', it means the apero is officially over and the next part of the meal begins.

Once we move to the table, the host/ess picks your seat.  The table is often magnificiently decorated..
And then we start eating again.. 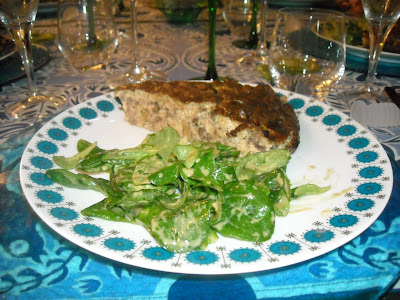 Entrée: Literally translated as entrance.  The meal is often a quiche accomagnied by a salad, a salad itself with livers, something light yet delicious to introduce the rest of the meal. Usually takes around 40 minutes.


In the picture:  A cake of liver, actually kind of like a crustless liver quiche, and a wonderful butter leaf salad with 3-oil vinaigrette.  I was told the liver recipe was 100 years old. 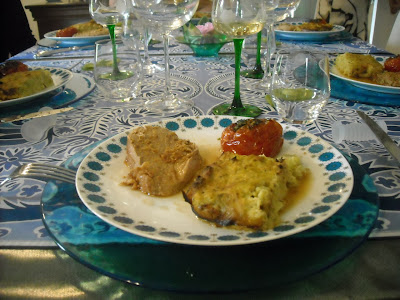 Next comes the main dish, in French, Plat Principal, which the host/ess makes in the kitchen and serves.  During this time, wine is flowing, conversation is deep.. and everyone is beginning to feel the effects of 2 hours of drinking.

The wine is often changed depending on the meat served, if it's a salad, etc.

In the picture:  A very well made veal cut, zucchini gratin and a tomate a la provençal. 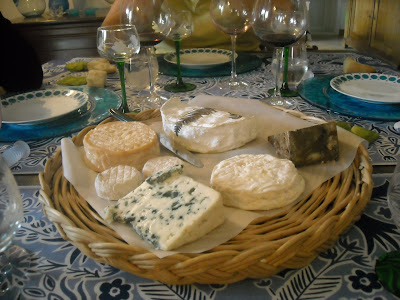 At this point we're all beginning to get full... but it's not done yet!  Next comes the cheese... often a selection of artisanal cheeses ranging in strength and taste.  Most often it's a selection of cow's milk cheese, but in the winter time 'Roquefort' which is a sheeps milk cheese is very common.


The cheese takes a while to finish, so often at this point we're all so full we don't even want dessert... so we wait.  The cheese can take about 45 minutes depending on the fullness of the group. 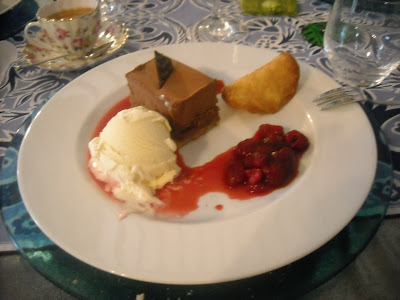 The dessert is not often accompanied by coffee, but in our case everyone thought it would go well.  Dessert can either have a sweet wine or a coffee to accompany, and sometimes even a little whiskey. 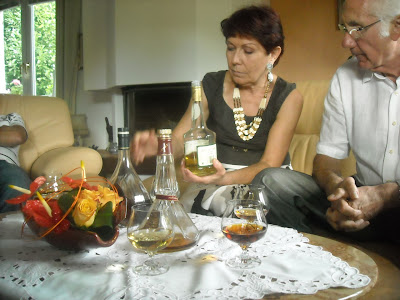 Finally to top it off, everyone hobbles back into the living room to take digestif, which is an after dinner liqueur, usually like a strong alcoholic beverage to be sipped for about 1 hour until everyone is talked out and totally full.

These are the two hosts today..

And finally we all depart, hours later.  Here are some extra photos from our visit in Vienne:


And finally our host(s) home.. beautiful. 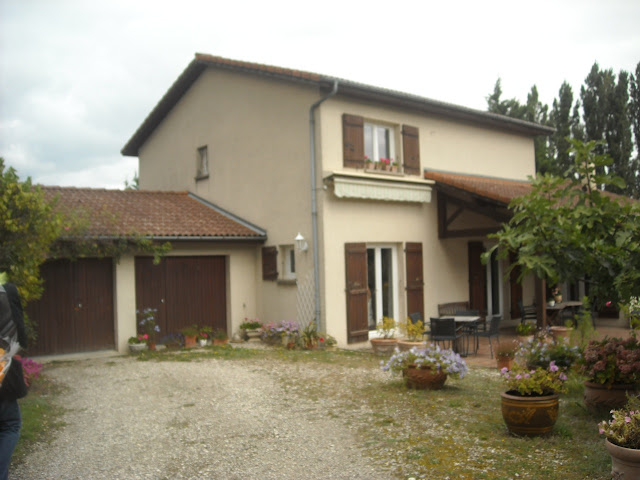 Enjoy, and good luck.. remember to take your time and say thank you... ALOT!