When first moving to France the language was incredibly difficult, I studied like crazy trying to get the nuances behind French jokes, trying to hold a telephone conversation over the phone and even trying to just order some meat at the Boucherie.

When my French finally did reach that I'm no longer translating my English to French stage I was ecstatic and I tried to wrap myself in French television to see how much I actually did understand.  Suddenly I became accro to a television series that exists in France based on a very Frenchy concept- Hosting people for dinner. 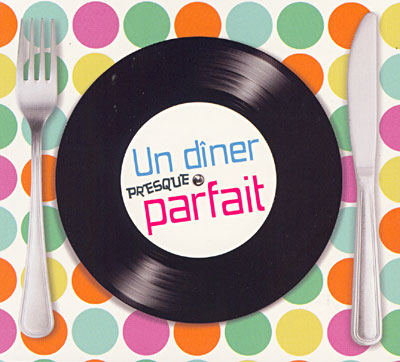 The story changes every week, on Mondays we are introduced to 5 individuals looking to win 1,000 euros by being the best host.  Each night one of the 5 participants must host the other 4 by creating a meal based around a theme.

Themes range from basic (flowers, gardens, sailing) to the ultimate passionate (rugby).  The hosts must create a menu of original ideas, starting with an aperitif, a little game between the guests, appetizer, main dish and dessert.


Sometimes the food is simply vile and we see this by the look on the contestants face, other times the food is fabulous and the scores reflect the quality.  All recipes are available on the website following the émission so if one really wants to remake the dish, they can!

At the end of the 5 days, after each host has participated the average scores are calculated and the winner is the one with the highest average.

The best part is the typical French style of the show, every few minutes the music changes, the people are scattered and yet clear when they talk, it's typical conversational French.

The show itself is known by most French citizens so it also offers a fun thing to discuss over a picnic with friends.

There was one that I watched that totally freaked me out, it was a *mime themed* night.  I detest mimes.  They are scary and that make up they wear only makes it worst.  I'm still waiting for the American theme...