About two months ago I wrote a truly tragic post regarding my bad experience with a peach vendor in the marché.  I wondered, was the marché atmosphere in France changing and so inevitable to be put in bad form with the vendors?  Was it now a passé, as supermarchés became the norm?

I refused to believe it so I set forth to do a little research on my own.  A friend of mine who visits France every summer, spends this vacation in a small French town.  He was visiting one weekend and we got onto the discussion of marchés- and he pointed out something I didn't even consider...

Market Etiquette
The fact that there is a certain way to behave, to show respect, it all relies on you.  I have spent the last few months trying to figure this out and I think I finally got it down.

Some marchés that I find very successful in the vendors and the products being sold and remember, Marchés are not open on Mondays...

You really can get a good deal; I bought all the veggies in the photo below for only €8 and the lemons were only €1!! 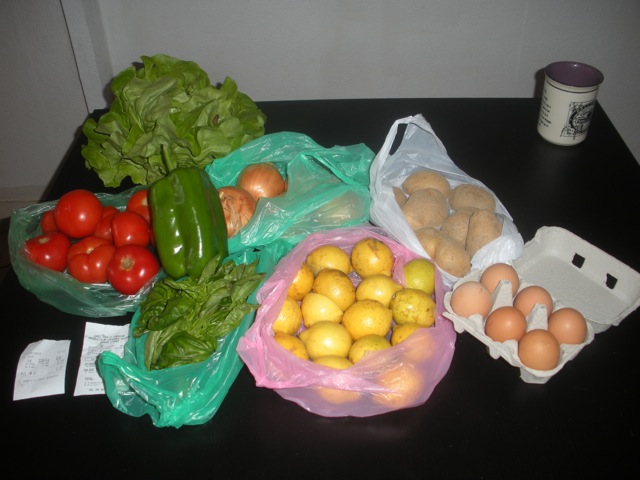 Quai Victor Augagneur:  51 commerçants at it's maximum, sells a variety of products from cheeses to vegetables/fruits.  Has one of my favorite vegetable merchants, last time sold me some tomatoes and lettuce, very 'gently', picked out the perfect one.  Got lemons for €1.