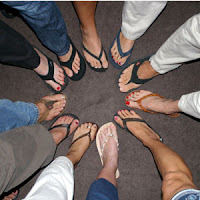 The one thing I noticed first when I began wandering around Lyon, France is the fact no one wears flip-flops.  Flip-flops which are also known as toe thongs are a type of shoe in which you have a flat shoe with a piece that fits between the big toes and the other toes.

They are highly popular in the United States, specifically for those of us who wander around fashion unconscious.  Flip-flops are very comfortable and cheap, but in France they are only worn by those who are:
1. Foreign
2. Dating or sleeping with someone foreign
3. A lazy person
Well, I could say I fit into all three categories, thus this blog will be Flip-Flops in France.  This is also an indicator of mood swings from culture shock, flip flopping in my moods.

So we begin the adventure..

Monday night I arrived by train from London, the train was a 6 hour train that took me to Lille and then transferred to get to Lyon.  I had over 70 lbs of luggage with me that I hauled from London public transport to the train station.  Incredibly I made it with little problem, but a lot of sweat.

Nothing felt much different once I arrived in Lyon, it was as natural as going back home when I saw Brian.  A lot of emotions and the typical, "you look bigger" or "wow you sound different in real", but overall much how it was imagined.

For the past 3 days weve been hunting for an apartment in Lyon, unfortunately in France there are a few key things that differ from the states: 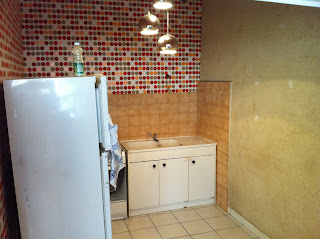 Even though there was some trials, I found an apartment I really fell for that was right along a road full of restaurants.  I issue is now trying to get everything together to get the apartment before another couple does!  The kitchen is what grabbed me because the girl currently living there is willing to sell the entire kitchen equipped because shes moving to London! 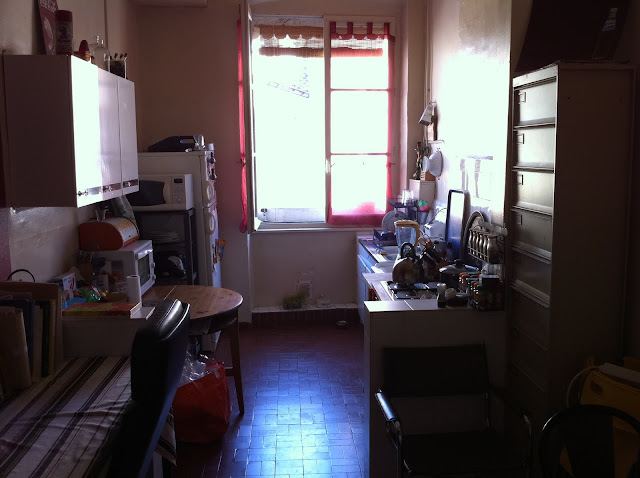 Other interesting things that I am discovering:

The Velo'V system is the bikes that are in stations around the city of Lyon.  Every 5 minutes there is a location, so normally a walk that would take 20 minutes becomes a 5 minute bike ride. Each station has a touch screen where you enter a code, take a bike and you get it for 30 minutes.  After you return the bike at whatever your location is.

A person can buy a monthly pass or a weekly pass.  The monthly enables the person to use it for an hour, while the weekly is just for 30 minutes.

Get this though, a pass for one week is only 3€ which is like $3.50 in the U.S.  Its cheaper and faster than public transport...

Then my question would be-  when will Portland do this?

Finally I have to share the fact that offal; aka the body parts we never think of eating in the US; exists in normal super marches... for example.. this photo Bri and I took: 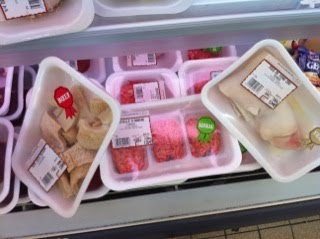 Left is the intestines of a baby cow, middle are the brains of baby sheep and right is the foot of a baby cow.

I have not built up the guts to even try cooking these things.. but goes to show its pointless to be a vegetarian in France.
Written by Sasha S. around 4:37 PM