In the States, tacos are everywhere.  The run rampant in the street stuffing themselves with lettuce, tomato, cheese and beautiful sour cream.  The best taco I remember tasting was in University of Oregon while visiting one of my best friends... we were drunk, as all good taco stories go, and the taco was amazing.  In carts, in the grocery stores, in Mexican restaurants in Tex-Mex freezer aisle food.  It's one thing that is really great about our cultural mélange in the States.

In France?  Nada.  Taco packets cost upwards of 3 euro... the shells or tortillas are just... well beyond budget.  So I got the great idea to invite some very close friends in France to a 'Taco Night', just because I love a culinary challenge and I really wanted to see a bunch of French people try to eat tacos.

Everything was from scratch.  Last week when I went on and on about the Producer's Market in the 7ème, it was all the veggies I had actually bought for this event.  I wanted to do it right.  I had some problems with the tortillas- lard exists but I really didn't want to go to Guillotière to try and hunt for a tub of fat... so I created my own recipe using beautiful French butter... which was AMAZING.

I made 28 tortillas that night, perfect little round shapes.  It was an engine, I'd roll the dough into a ball, press, fry for 20 seconds each side, place in tin foil... repeat.

Here's a photo of everything on the table.  I documented it, but mind the bad quality pictures... a mix of the tequila shots and overly-full stomach made me really take some awful photos.

And then the drinking started... and we did iPhone karaoke... but mostly we just did a bunch of shots... which is why we have these photos: 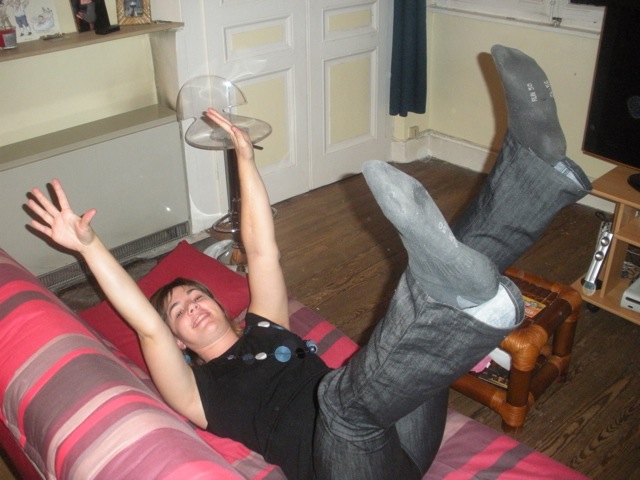 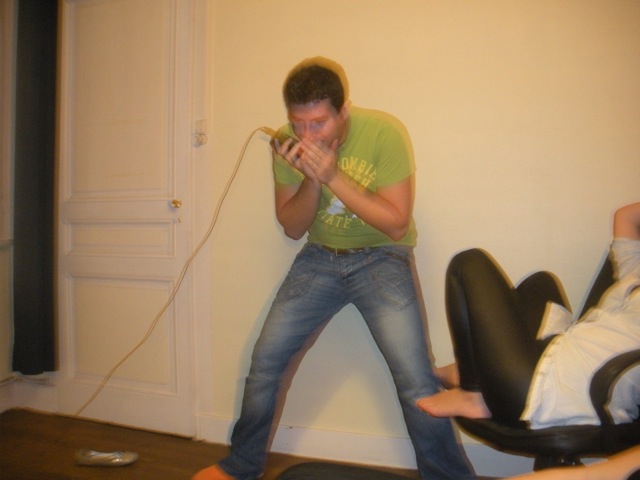